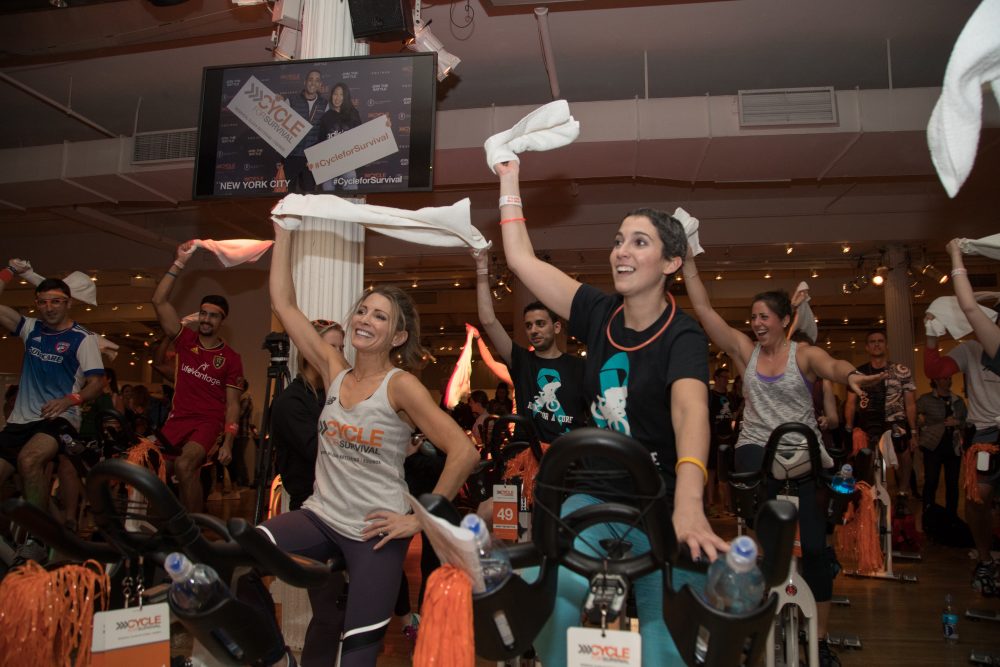 Sabrina Skiles Talks To Olympian Shannon Miller And Dani Strumeier About Cycle for Survival: The Movement To Beat Rare Cancers

I had the privilege of interviewing Shannon Miller, one of the most decorated U.S. Olympic Gymnasts in history and member of the famed Magnificent 7, who has achieved much success through teamwork. Now Shannon is teaming up with fellow cancer survivor, Dani Strumeier, to champion a cause for all who are battling rare cancers – Cycle for Survival, the movement to beat rare cancers.

We discuss their involvement with Cycle for Survival, a big goal they have and they each answer this question: what is that you know now that you wished you knew when you were first diagnosed?

Listen to the interview below!

This year more than 37,500 people nationwide are riding at Cycle for Survival events in January, February and March. 100% of all funds raised by Cycle for Survival fund pioneering rare cancer research led by Memorial Sloan Kettering Cancer Center. Both Shannon and Dani are on a mission to raise awareness and much needed funding for these diseases.

Every cancer patient has a story to tell. Shannon was 33 when she was diagnosed with a rare form of ovarian cancer that required surgery and treatment. Today she is cancer-free and a mother of two. Dani was a healthy and athletic 24-year old when she was diagnosed while starting her career in New York City almost three years ago. She was forced to put her career and personal life on hold to focus on her health. After two surgeries and 19 chemotherapy infusions, Dani learned she was cancer-free in 2017. Both Shannon and Dani know firsthand the importance of advancing research and clinical trials to help more rare cancer patients overcome their disease.

I hope you enjoyed this interview! If you’re wondering about my breast cancer journey, then make sure to read about it here: The Day I Found Out I Had Breast Cancer. Top 5 Ways to Welcome Spring While Living with Psoriasis

Living With Psoriasis – How To Take Action Today