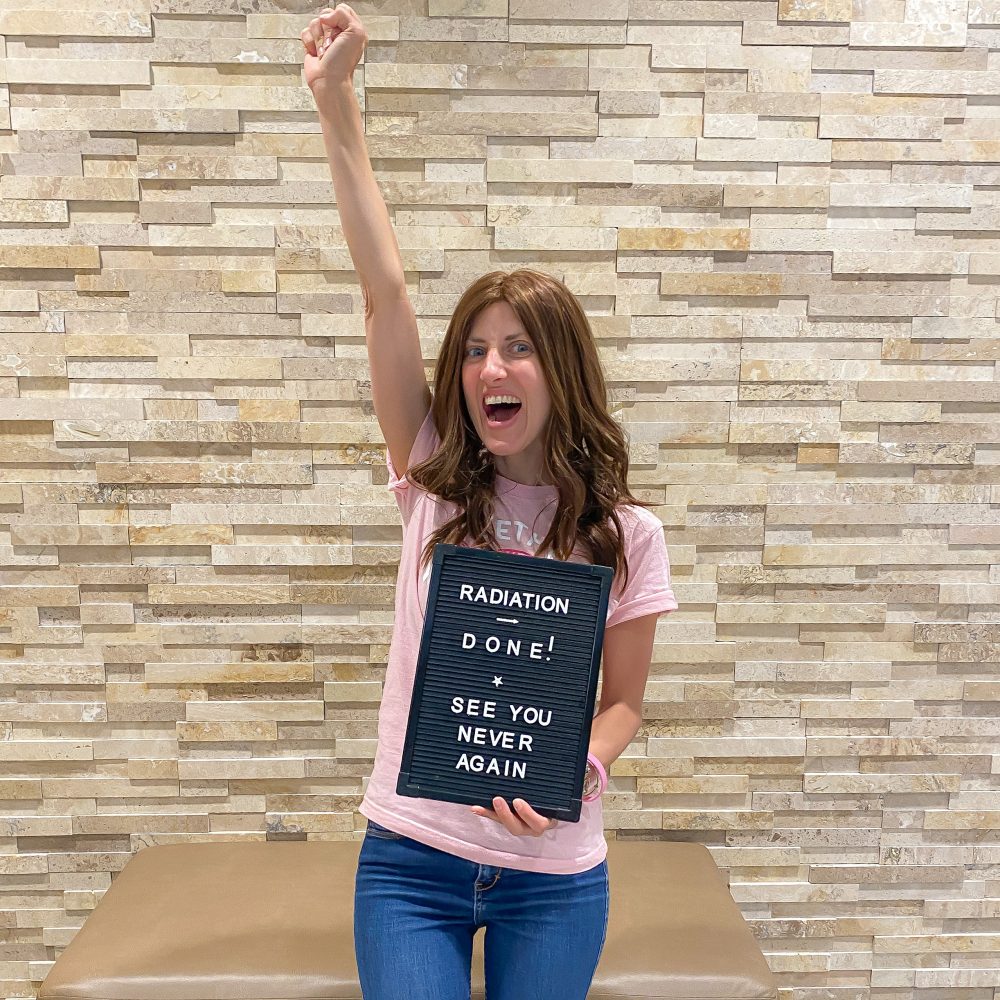 The Top Things That Helped Me Through Radiation Therapy

I didn’t worry about radiation therapy during my breast cancer journey. I worried about a lot of things with breast cancer: the actual diagnosis, getting chemo, and losing all of my hair. In fact, I was so busy and distracted reading everything I could about chemo that I hardly spent any time learning about the effects of radiation—which is maybe why I was never that nervous about radiation therapy. I wanted to write this piece because in hindsight, there are several things I wish I’d known before starting radiation. I hope this helps you in your breast cancer therapy journey.

The Nitty Gritty of Radiation

Do you know, technically speaking, what radiation therapy is? I didn’t, until I started treatment. Radiation therapy (also called radiotherapy) uses high-energy rays to kill cancer cells. Unlike chemo, which affects your whole body, radiation affects cells only in the part of the body that is being treated. Breast cancer radiation therapy may be used to destroy any remaining mutated cells that remain in the breast or armpit area after surgery.

You might be wondering why you need radiation, if you already had chemo. It’s basically used to destroy undetectable cancer cells and reduce the risk of cancer recurring. A radiation nurse explained it to me in this way: Think of chemo like using a sprinkler on your breast cancer. It treats everything—on the surface and inside, healthy and unhealthy (cancerous) tissue. Think of radiation like weed killer, targeting specific things below the surface that can’t be seen.

Finding a Groove with Radiation Therapy

The week I started my radiation therapy was the week we hit Stay at Home orders here in Colorado due to COVID. So my experience will be slightly different than the “norm”—whatever that means these days! Still, hearing about what it’s like might help put your mind at ease, so I thought I would share a little day-in-the-life of getting radiation therapy.

While there is nothing inherently painful about the radiation treatment itself, it can do a number on sensitive skin, causing sunburn-type irritation; red, dry, tender, or itchy skin; breast heaviness; and a bruised appearance. Here are three products that I used religiously during the entire radiation therapy process to help my skin stay calm:

BeautyCounter Baby Daily Protective Balm: I applied this immediately following radiation, before changing back into my clothes. It is the ultimate hydrating powerhouse, formulated with a soothing blend of organic shea butter, sunflower seed oil, and jojoba seed oil to help soothe dry, sensitive skin. This was my holy grail of products, and I continue to use it on my psoriasis and my kids’ sensitive skin, so it’s a win-win!

Tamanu Oil. I applied this ointment every single night after my shower or bath. (I showed it to my radiation oncologist prior to radiation to make sure it was OK and she gave me the thumbs up.) The oil (make sure it’s 100% tamanu) is extracted from seeds of a tropical evergreen tree, and has antibacterial, skin-rejuvenating, and wound-healing properties. It is a little messy, so wear an old shirt after your apply it.

Seamless bra. Radiation can cause rashes and irritation, but I found that seamless bras made with soft fabric, like this Modern Micro Seamfree Bralette and Matte & Shine Seamfree Bralette helped with a lot of the redness and tenderness that can accompany radiation[JS2] .

The Radiation Side Effect You Should Know About

A lot of the focus on radiation therapy is what is does to your skin, and that’s fair enough, But you also should talk to your radiation oncologist and radiation therapist about the possibility of lymphedema or swelling in the chest area as a side effect. It was only after receiving physical therapy, post-radiation, that my physical therapist noticed lymphedema, or the buildup of fluid, in my right breast. I honestly just thought it was swelling that would eventually subside. I’d heard about getting lymphedema in my arm, but it never occurred to me that it could happen in my breast.

My physical therapist showed me different self-massages to help move fluid away from the swollen area and get the lymphatic system moving again. She also recommended this WearEase Swell Spot to wear (as often as you can) to take the pressure off the swollen breast area. I have been wearing it for one month now and I’ve seen a decrease in the swollen chest area of three centimeters (which may not sound like a lot, but it is!).

My biggest takeaway? Please talk to your radiation oncologist about your risk of lymphedema, especially in the breasts. And if you can see a certified lymphedema specialist prior to surgery, even better. The specialist will take measurements of your upper and lower arm width, as well as the dimensions of your breasts, rib cage, and trunk area. That way, you’ll be able to keep tabs on whether there is any sort of swelling post-surgery or post-radiation, and if so, you can act quickly to correct any issues.

Though I was lucky enough to get through radiation therapy with no redness, blistering or peeling—no small feat for someone who also battles psoriasis—six months later, I still have lymphedema in the chest area. Had I known earlier that was a possibility, especially since I had my lymph nodes removed, I would have taken steps to prevent it. 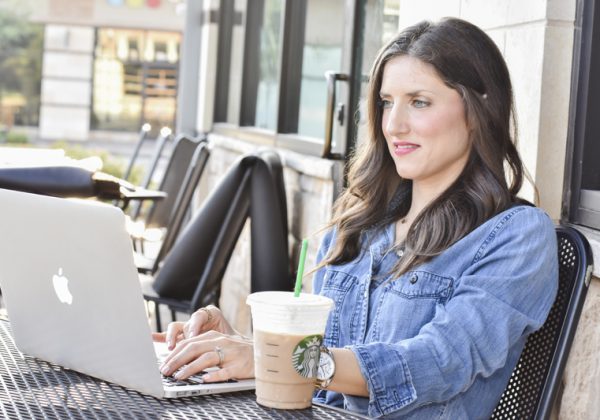 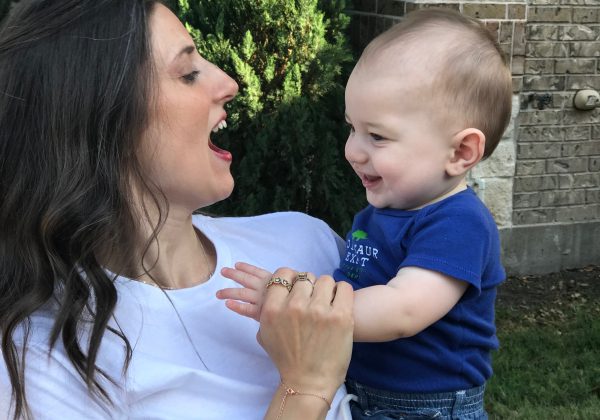 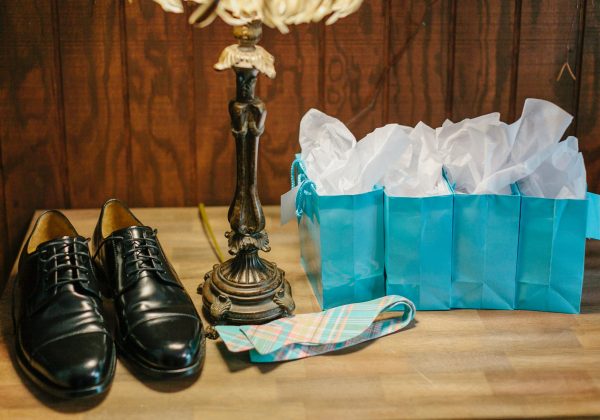 What To Buy Your Significant Other For Valentine’s Day

Happy (manic!) Monday! 🙃 If you've been around

I got really disappointing news the other day abou